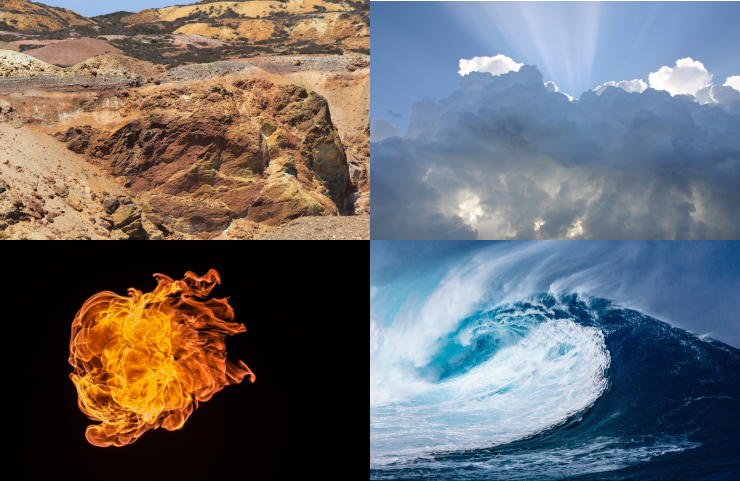 Why did you create the idea of the "elements" in Shugenkai practice?

We trained generally in Tohei-sensei’s traditions, although I’d also spent a fair amount of time in various other dojos. And what I’d found was that almost all ways of practicing aikido were all the same if you really understood what was really happening, but that they appeared very different if you didn’t. So anybody who had reached some level of mastery within any variant of aikido would, in some sense, have a similar understanding. But for beginners, what they were seeing was very different, and it was quite clear that some ways of teaching were more likely to produce people who had a real understanding than others.

Certainly the old school physical forms of teaching, which really amounted to beating your head against the wall for 40 years until eventually you’d realize opening a door was better idea, worked very well for some people. But many others just kept beating their head against a wall. Tohei-sensei’s training principles: the four principles of unification of mind and body and four principles of various other things are actually very good if you already understand what they mean, but if you don’t, the phrases are often relatively meaningless. Because they are composed of statements that, particularly in Japanese, appear to be saying something, there is an easy tendency to believe you are understanding what you are hearing but you are not really getting it.

So what I found watching people going through that training in that tradition is that some people really get it and end up as balanced practitioners with all aspects of practice well-developed, and other people don’t. So to me as a training framework it was still missing something. In particular, what I found was that certain aspects of practice would be favored by some people but there would often be an imbalance and they wouldn’t be working on things that they weren’t so keen on.

I was looking for a framework that would make sure we covered all pieces and it came into fruition when, believe it or not, I’d spent a weekend at a tai chi workshop with a gentleman by the name of Mike S. Mike had spent many years trying to basically do the same thing for tai chi – find a way of teaching it to people so that they really got what it is about and not just stayed in the fluffy “arm-waving life is wonderful” end of the spectrum for a long, long time. So he developed a system of teaching that he classified as “inner strength.”

One aspect of that is very much based on ground paths. And I realized that we didn’t explicitly talk about things like a ground path within the way we were teaching at the time. Tohei-sensei’s teaching was very much focused around ki but he doesn’t ever really define what that is. So I started looking for a way to make sure that all the things that I thought were important in body practice and in mind practice and so on were things that we could explicitly cover as we developed through our practice.

In order to get that, it has to be clear what the important things are – you need a mnemonic framework to hang things on. Because the four elements are a traditional expression of something, it seemed useful as a framework to hang explanations of all the things that you need to be sure you are covering to get a proper understanding of what might be loosely labeled as “ki.” So I spent a while thinking about what did I think was important and what did I think that people needed to understand to get the pieces right, and then tied that into a framework based on the four elements.

“Body earth” really is about grounding – being able to take energy of any kind coming in and push it out into something that is an “earth,” quite literally. So for physical force, that is “earthing” into the ground. So shorthand for that would be “groundedness.”

“Body water” is about a sort of fluidity in allowing that power to pass through body, so it is directly analogous to what Tohei-sensei would talk about as “relax completely.” Having no tension or rigidity: a fluid connection to the ground that can find an adaptive path to what is being pushed.

“Body air” is almost the opposite to body earth, which is using all of the body’s mass, the body’s weight, to bring to a point to resist upward forces. So body air is a good label for that.

And then finally, “body fire” is the sensation of “fullness” that you get when you have an expansive power physically within body.

These four elements map very closely to Tohei-sensei’s teachings, but as a model is much more connected directly to the aspects of body power that give you the whole feeling. So correct feeling is having those four elements in balance. It allows us to look at each of them in isolation but still connect them together into the whole. We use the elements as a mnemonic framework so you can’t overlook any piece of it.

We then tie that together for body, and for mind and for waza and for kobu and so on. And then you have a framework that makes sure you are covering all the essential pieces, labeling them as elements. The elements are arbitrary in some sense – they are just labels, but they are a good mnemonic and are an elegant framework for teaching.

So all of that came together and was first taught at the 2001 Summer School, which was the first Summer School after the founding of Shugenkai. And while it has evolved a little bit since then, it has actually turned out to be useful, so it has remained largely unchanged.

Here are the labels we use in Shugenkai for the four elements in the four practices: